Skip to content
You are here
Home > Entertainment > Photos: Wendy Shay proves new car is hers

Wendy Shay has posted a photo of her new Jeep Wrangler registration, to silence her critics.

Earlier in the week, the ‘Uber driver’ hitmaker trended on Twitter after she posted a photo of herself sitting on the newly acquired vehicle registered ‘Shay 23-19’.

However, 24 hours after, reports by some media houses indicated the Driver and Vehicle Licencing Authority (DVLA) had denied issuing any licience or plate like that to the singer.

This earned her a trend where people made fun of her. Actress Afia Swchneggar also joined in the talks claiming the singer had not bought the Jeep.

But Wendy Shay posted the registration details of the car on Instagram. 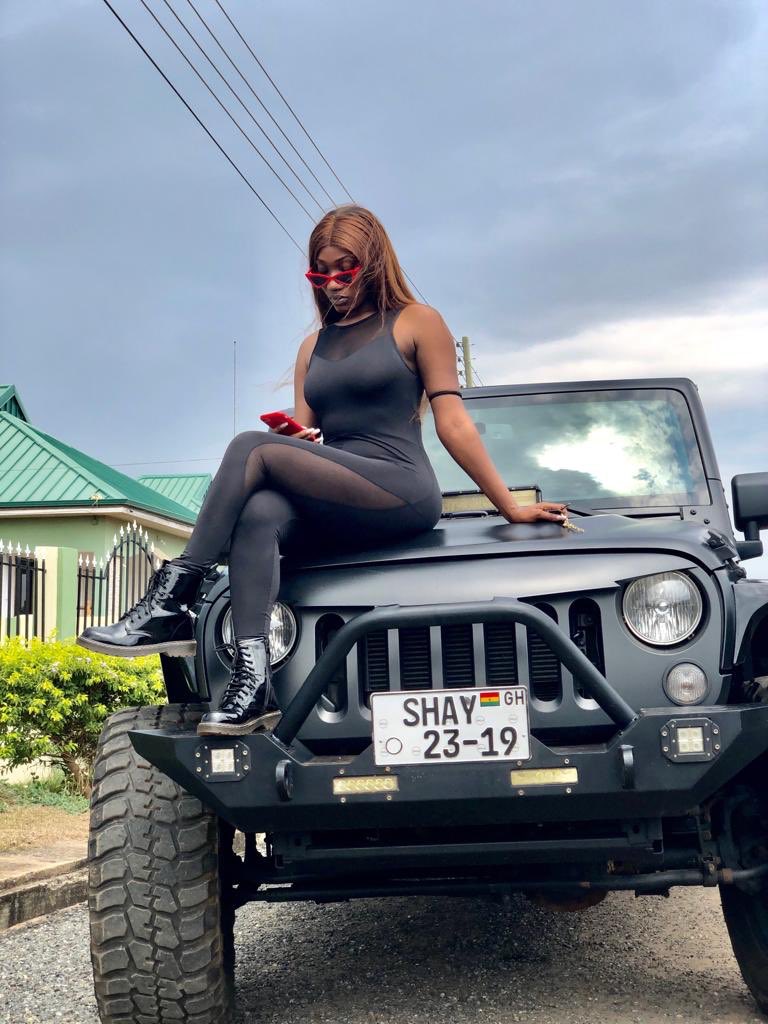 Dancehall artiste Shatta Wale was quick to congratulate her in a post.

Wendy’s new car comes just a few weeks after she became a subject of social media troll over a TV interview.

In the interview, Wendy had listed an iPad, iPhone, and a camera a some of the properties she has acquired since becoming a musician over a year ago.

The list of items considered by many as trivial got some social media users to lambaste the RuffTown singer.