Skip to content
You are here
Home > Entertainment > Video: Yaw Berk apologises for saying bedbugs sacked him from Kaywa’s studio

New artiste, Yaw Berk, has apologised to his former boss, Kaywa, after alleging that a studio infested with bedbugs, caused his exit from Highly Spiritual record label.

On August 22, Yaw Berk, in an interview on Okay FM, claimed his boss had not even bothered to check on him. The artiste, who made the studio his home, said he only wanted to get closer to the work.

However, the young artiste speaking on Daybreak Hitz on Hitz FM, Friday, said, “I apologise, I really do apologise, for my choice of words when answering that question.”

Yaw Berk said he never meant to create the impression that all was not well at the label.

He told Andy Dosty, host of the show, “I never really complained about sleeping in the studio. I have been living with my aunt before so when a situation arose in the studio, I went back to living with her.”

He disclosed, the real reason for his exit from the record label was because he felt the team was not doing enough for him.

The artiste, who had signed on to Highly Spiritual for five years, said after two years he saw his career had not taken off as he wanted.

Yaw Berk explained he had only released two songs under the label in the span of two years.

WATCH THIS — Yaw Berk apologizes for saying bedbugs sacked him from Kaywa’s studio; clarifies reason for his exit. #DaybreakHitz 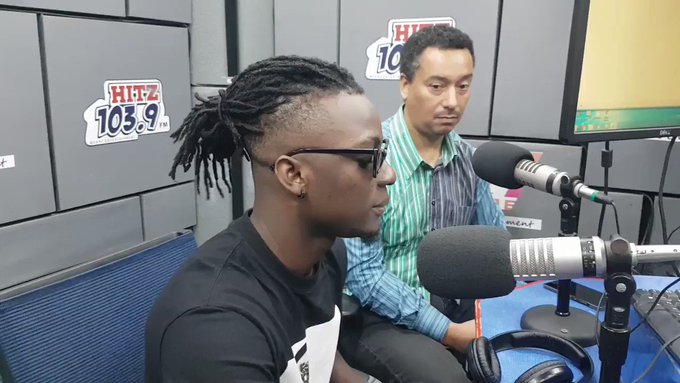 53 people are talking about this
Source : myjoyonline.com